An Interview with Shaan Puri, founder of All Access Pass 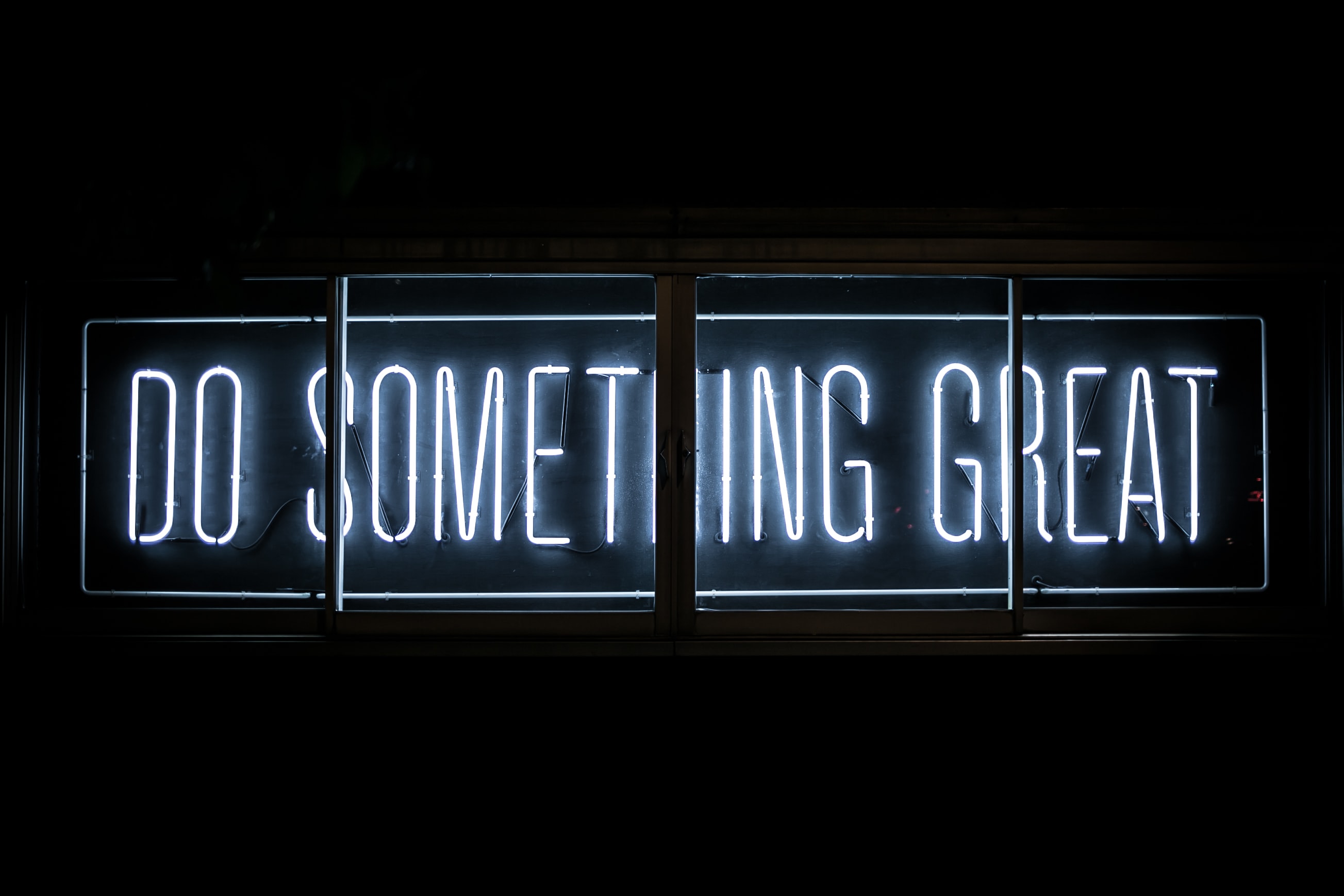 Shaan is one of those people where it’s like - I’m so glad you have an audience now, because you’re sharing some awesome stuff with the world.

Shaan’s quick background: he founded the Chipotle of sushi, ran a startup studio, and sold his most recent company to Twitch in 2019. He’s also the cohost of one of my new favorite podcasts, My First Million, which is how I first heard about him.

He’s now working on a new project, called the All Access Pass, where he’s building 3 different $1m businesses and blogging the whole thing. Other people have tried this genre but Shaan’s is by far the most legit I’ve seen.

He just released a 37 page PDF summarizing the first month that you can check out here.

To celebrate the PDF (it’s that’s good!) we decided to do an interview to give you a flavor. (Below is lightly edited)

In the podcast you and Sam talked about a kind of life philosophy around asking questions, figuring out how things work, etc. – even for “trivial” things like how much a random product costs. What’s your thinking behind this?

SP: So I actually think this is a really powerful hack to get better at business. If I could teach my daughter 1 question to ask, it would be: "How did this get here?"

Everything you see in life..from a "No Dogs Allowed" sign in a park, to a poster of The Rock, to a toaster on your kitchen counter, it didn't just show up. It got there through a chain of events.

This does two things: First you start to discover all these amazing little businesses. For example, every office has this Labor Law posters on the wall. Usually in the breakroom or whatever. Now for 30 years of my life, I just ignored these. Why would I look at this random labor law poster, who cares. Then one day, i asked the question - how did this get here? I found out it's required for every office to have one, and they have to buy the new one every year. Like a subscription. And then I thought - who the heck makes these? and are they making a killing off these? And then you find companies like Posterguard.com that sell these for $89/year subscriptions.

I met an owner of a business like that, and he's pocketing a cool $2m/year, with almost zero effort. There are hundreds of businesses hidden in plain sight, and the more you ask the question, the more you learn about different business niches & business models.

There’s also a 2nd benefit, which is you start to re-frame every annoying thing in your life like. How did this annoying thing get here? Could I change it? Could I put something better in place? And that's a much more productive/positive mindset than just being annoyed all the time.

Reminds me of that Steve Jobs quote about how everything was made by regular people just like you. Which I think today many people understand, which is part of why starting a business feels so much more popular and common these days.

And yet it’s still really hard to have success, even at small scales. Why do you think so few people succeed? How do we get in our own way?

SP: Well I think to succeed, you're filling a gap in the market. And the prize is big. Therefore there are not a lot of big gaps to fill that are easy to spot.

Most people fail because nobody wants the thing they made. There never really was a gap, or their product doesn't fill the gap.

And if you dig a little deeper - why don't founders find gaps and actually fill them? I think the question you asked is great. We get in our own way. Most founders spend time on things that don't matter. They don't keep the main thing the main thing. It's so easy to piss away time on the wrong stuff.

The other way we trip ourselves up is to not look reality in the face. Reality == what customers really think, what the data really says, what our gut really tells us... but it's painful to hear, so founders avoid reality like it's an angry ex girlfriend. If you avoid reality for too long, you will fail.

A lot of my audience is interested in curating better information sources, whether that’s books, people, podcasts, etc

I think other people specifically as info sources is under discussed, and this seems like something you do well. ie you always have someone to go to for advice, you have technical people keep you up to speed, etc

How do you think about this & how do you actually make it happen?

SP: There's those cliches, like - you're the average of the 5 people you surround yourself with. And as cheesy as it is, it's totally true.

I also like the Tony Robbins-ism "proximity is power". Like just being close to the right people ends up being very useful. You start getting better without even trying/noticing. It's just osmosis. Their greatness is contagious.

I tried to engineer this, but you can't over-engineer it. I'll give you an example. when I was 24-25 years old, I created a mastermind group (small dinners of ceos) and invited the 6 most impressive people I had met to join.

For them, the value was each other. For me, the value was being in the room with all of them. These groups led to some of my best friends and best mentors. 2 of them were groomsmen at my wedding. 1 of them helped me sell my last company.

In general, I tried to be the dumbest person in the room. The hack here is to be the glue guy. I always say, everybody knows the host of the party. If you're willing to roll up your sleeves and organize things, you'll end up having parties with great people. Those are parties you wouldn't even be on the guest list for normally...but because you hosted it, you are at the center of the whole thing.

So I when i was younger, I spent a lot of time doing things like hosting mastermind dinners, speaker series events, etc. Even my podcast, I started because I thought well, even if nobody listens, this is a great excuse to build relationships with interesting people.

“Be the glue guy” is great because anyone can do it. It lets you reach “up” a level or two above your current network by being the host.

You’ve talked about how you manage your time - Sam sometimes gives you a hard time because you’re “late”, but your strategy seems to be to optimize for the bigger things. e.g. “am I doing the single important thing I need to accomplish today” vs “did I make it on time to all of my meetings”

It can be easy to focus on the cost/downside of a decision, because it’s easier to see. For example, “if I’m late to this meeting I will hurt my reputation” vs “If I keep talking to this person instead our project will increase in value by Y%”

Same for just ignoring often unimportant but “urgent” tasks. For some it’s hard to focus on long-term value when you can’t immediately measure it.

This doesn’t sound like an issue for you at all. How do you do it?

SP: Your strength is your weakness right? Well the reverse is true. I’m terrible with details & being organized. The upside of that is, I don't stress about details. I don't mind things being disorganized. etc.

My trainer calls himself a time hacker. He's 40 and looks 24. He's never worried about lateness. Either his own or his clients. That's super unusual for a trainer, because they get paid hourly so they are normally really fixated on time. His motto is to focus on timing, not time.

Everyone is stressed about time. Being “too busy" = lack of time, or “too old" = running out of time.

Whether it's dating, having kids, being successful...a huge root of our stress is being focused on time (a scarce resource). So his trick is to focus on timing. If something is working, triple down. If I'm in a great conversation, I triple down and stay in it, rather than leaving because I have some stupid meeting coming up.

To me, focusing on timing not time is a great mental hack to be less stressed, and a way to be more present in the moment, rather than thinking about what you have to rush off to go do next.

A year ago you didn’t have an audience. You had a great Silicon Network and had built some really cool stuff - but having an audience can be a whole ’nother level of superpower. What’s been most surprising to you about it?

SP: Yea it's pretty crazy. A year ago I had a good network, but no audience. In one year, the podcast has grown to over 2M+ downloads. The most surprising thing is the quality of listeners. I assumed it would be mostly young, wantrepreneurs.

But then I'll go into a meeting with a CEO or COO of a large company, and they'll say how much they love the podcast. At first I assumed they were just blowing smoke up my ass but then they start referencing specific things we say, and that's a very cool holy shit moment.

You can check out his All Access Pass here. It’s one of my new favorite things online.