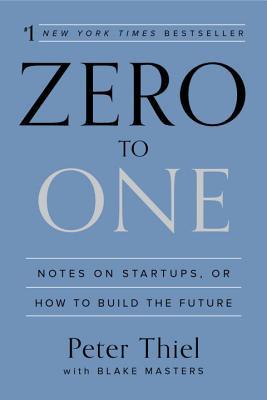 Zero to One, by Peter Thiel

To make important and valuable changes to society we need visionary founders who are willing to make definite, specific plans about the future. We all have agency, and a startup is a way to exercise your agency on a small but important part of the world.

In the real world outside economic theory, every business is successful exactly to the extent that it does something others cannot.

Indefinite attitudes to the future explain what’s most dysfunctional in our world today. Process trumps substance: when people lack concrete plans to carry out, they use formal rules to assemble a portfolio of various options.

A definite view, by contrast, favors firm convictions. Instead of pursuing many-sided mediocrity and calling it “well-roundedness,” a definite person determines the one best thing to do and then does it. Instead of working tirelessly to make herself indistinguishable, she strives to be great at something substantive—to be a monopoly of one. This is not what young people do today, because everyone around them has long since lost faith in a definite world. No one gets into Stanford by excelling at just one thing, unless that thing happens to involve throwing or catching a leather ball.

Every culture has a myth of decline from some golden age, and almost all peoples throughout history have been pessimists.

It starts with the professors who often become part-time consultants instead of full-time employees—even for the biotech startups that begin from their own research. Then everyone else imitates the professors’ indefinite attitude. It’s easy for libertarians to claim that heavy regulation holds biotech back—and it does—but indefinite optimism may pose an even greater challenge for the future of biotech.

A company is the strangest place of all for an indefinite optimist: why should you expect your own business to succeed without a plan to make it happen?

Darwinism may be a fine theory in other contexts, but in startups, intelligent design works best.

We have to find our way back to a definite future, and the Western world needs nothing short of a cultural revolution to do it. Where to start? John Rawls will need to be displaced in philosophy departments. Malcolm Gladwell must be persuaded to change his theories. And pollsters have to be driven from politics.

A startup is the largest endeavor over which you can have definite mastery. You can have agency not just over your own life, but over a small and important part of the world. It begins by rejecting the unjust tyranny of Chance. You are not a lottery ticket.

And once you think that you’re playing the lottery, you’ve already psychologically prepared yourself to lose.

If everything worth doing has already been done, you may as well feign an allergy to achievement and become a barista.

Social elites have the most freedom and ability to explore new thinking, but they seem to believe in secrets the least. Why search for a new secret if you can comfortably collect rents on everything that has already been done?

At first, only a small minority of abolitionists knew that slavery was evil; that view has rightly become conventional, but it was still a secret in the early 19th century. To say that there are no secrets left today would mean that we live in a society with no hidden injustices.

If you think something hard is impossible, you’ll never even start trying to achieve it. Belief in secrets is an effective truth.

An entrepreneur can’t benefit from macro-scale insight unless his own plans begin at the micro-scale.

Jobs’s return to Apple 12 years later shows how the most important task in business—the creation of new value—cannot be reduced to a formula and applied by professionals.

The lesson for business is that we need founders. If anything, we should be more tolerant of founders who seem strange or extreme; we need unusual individuals to lead companies beyond mere incrementalism.

The lesson for founders is that individual prominence and adulation can never be enjoyed except on the condition that it may be exchanged for individual notoriety and demonization at any moment—so be careful.